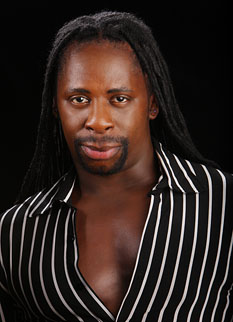 Mel Bell-Grey originally from London England has lived in Kauai Hawaii for over twenty years. He is a creator, writer, director editor Multimedia artist, Mel has extensively worked in the performing Arts world, holding residencies and winning a Prince’s Trust grant from the Prince of Wales foundation in England, On his work creating musical instruments for people suffering from the debilitating effects of muscular dystrophy.
He is a trained professional dancer and worked as a music lecturer for Halliwick college in the UK, a facility that offered young adults with disability opportunities for education and self advancement. He developed arts programs for the probation services in London England, aimed at long term prison inmates, he has worked throughout the UK as a Youth Worker in-particularly with at risk youth and those with learning difficulties. Among Mel’s unique experiences is him traveling to Bosnia right after the war with the city of London’s Art convoy to bring art as a form of human expression compassion and relief to war torn areas. Mel Bell-Grey has produced 10 music albums composed over a hundred songs and has toured and performed all over the world as an artist and musician. He has composed film scores written feature film scripts, and is a graduate of the San Francisco School of digital film.